Missed buses, lost credit cards and alcohol abuse.. with some snowboarding.  This sums up my Lunar New Years.  The Lunar New Year’s is celebrated by many countries in Asia and falls between January 21th and February 20th.  The date differs every year and marks the beginning of the new year on the Gregorian Calendar.

Traditionally it’s spent with family and watching fireworks thought I opted for a bit more debaucherous version.  Since the holiday allowed me a few extra days off work, I decided to join a tour group that was heading up to the north eastern part of the country to one of the bigger mountains for a snowboarding trip.

2 nights stay in a mountain side hotel complete with a large outdoor hot tub, 2 days of snowboarding plus one beer pong tournament and party.. I’m in!

Day one: A logistical nightmare..

I misinterpreted the pick up point for Friday morning.  10 minutes prior to takeoff I found via text I was at the wrong location, halfway across the city.  I flagged the first cab after some cursing and was off to catch the chartered bus that would take us across the country to the ski hill.

I ended up narrowly missing the bus.  There I was standing on the side of the road with a suitcase, as the horrifying initial thought of spending the next four days bored in my apartment swept over me.

Despite fighting on the phone with a tour official the bus was not turning around.  Back to the drawing board.  I took the next cab I could find to the bus station in Gwangju to try find a ride to the mountain resort.  It turned out I needed to bus directly to Seoul and then take another bus from there to the resort.

The reason the bus left so early and so promptly was to avoid the holiday traffic.  Remember what I mentioned at the beginning in regards to how the population of South Korea spends the Lunar New Year?  They commute around the country to see family.  That’s 50,000,000 reasons to avoid the highways.

I had been warned to avoid traveling to anywhere near Seoul so I was worried that it might take twelve hours to get there with traffic.  Or that there wouldn’t be buses available that day to get to Seoul.

Luckily, there was a bus leaving ten minutes after I reached the bus station.  Thankfully, the ride to Seoul was smooth and the normal three hours.

A few subway rides through Seoul and another three hour bus ride later, I had arrived at the resort.

I got to my building and took the elevator to my room.  All the keys had been distributed among the other roommates so I was hoping to catch at least one in the room when I knocked.

Halfway up, 3 guys hopped into the elevator carrying beer and food.  I asked if they were on the tour and of course they were.  When we got out on the same floor they asked my room number and coincidentally I had already met a few of my roommates.

It was a 2 bedroom condo style room with a window wall that looked out on the balcony and the mountain ranges.  The room was modern and luxurious.

The four of us cracked some drinks and starting introducing ourselves, soon after the rest of the guys came back to the room.

We continued to drink and talk before leaving for some fireworks not far from our hotel.  The weather was cold up north but the fireworks made the entire crowd forget their frozen feet as we watched the half hour, and incredibly well choreographed display.

The rest of the night was spent between different rooms on our floor.  Drinking like it was our last night there and weren’t snowboarding the following day.

Saturday morning in room D351 looked like a scene from the walking dead.  Empty bottles and used cups strewn about the room and 8 men begrudging moving around to head out to the slopes.  Our 9th found alternative sleeping quarters.

The hill itself was quite impressive.  There were countless runs, chairlifts and multiple gondolas.  The weather was absolutely spectacular.  Sunny without a cloud in the sky and not overly cold. 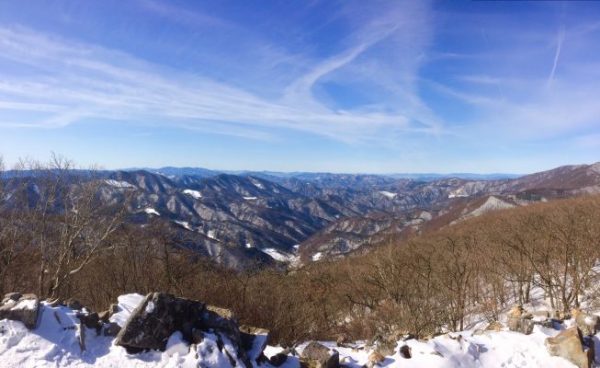 By chance I paired off with one of the guys in my room for the day.  He also had snowboarded for years so we didn’t have to wait for anyone and could really enjoy riding.

I wasn’t sure what to expect for a terrain park given Korea can be sticky about safety at times.  But was pleased to find one run fully stocked with jumps, rails and even an Olympic sized halfpipe.

We rode for about 6 hours that day.  After calling it quits we retired to one of my main reasons for joining the trip.. the outdoor hot tub.  It was more of a hot tub pool really.  The whole room of guys finished around the same time and we went down to find pretty much the entire tour group in the hot tub.  Plus some Korean families.  I’m talking close to 100 people.

Music playing, drinks flowing and bikinis showing.  The kind of stuff dreams are made of.

After the pool party, the last 24 hours of drinking and riding caught up with us.  Around 8 pm all beds were full, it was pitch black and the only sound was that of snoring from the guy in the bed next to me.. my luck.

Someone’s alarm eventually went off to let us know we were late for pre gaming for the Saturday night party.  Showers, drinks, tshirt time and we were off.

The tour had rented out a banquet hall for the party and beer pong tournament. And stocked it with liquor and a DJ.

Laughs, drinks, tears, and a few sucker punches. It was a night for the books, that’s all I’ll say.

Day three: I’m never drinking again.  Do we have to snowboard?

To say I was a hurting unit Sunday morning was an understatement.  Eventually I was able to pull myself together to get ready for another day of snowboarding.  The hurt turned to pain when I realized my debit/credit card was missing.  Instant fear struck me since everything is tap or an unmonitored electronic signing process for purchases.  Making it very easy for someone to spend all my savings.   I find Korea to be an honest country, and I didn’t want someone to change my views by having them rob me.

Oddly, the bank I use suspends card use over the new year holidays. So I realized I had a day to cancel the card.  With my worry subsided and the probability of losing my savings reduced I decided  to enjoy the last day of snowboarding.

Sunday was snowy and foggy.  At the mountain top you could barely see ten feet in front of yourself.  We made it work.  On the plus side, fresh powder to ride.

Around noon I took a breather to grab some coffee at the mountain top and check my phone.  When I unlocked my phone I found some great news, my card been found and turned into the tour organizers!  Back to operating at 100 percent.

We grabbed another hot tub session before packing up and getting ready to leave.  Our room said our goodbyes and we prepared for the ride back across the country home.

Snowboarding in Korea exceeded my expectations.  Everything I rented; board, boots and gear, were all new and of high quality.  The mountain itself had well maintained runs and lifts.

If you’re in Korea or ever planning to visit, consider booking an adventure with Enjoy Korea!  They are absolute beauties, pull a great crowd and have experience dealing with people who miss their buses and lose their belongings.

And again, if you think you’d like to try teaching in Korea, contact me directly.  I can help you with the process and finding a job!