“..As the bus drove on, as far as the eye could see were skyscraper apartment blocks populating metropolitan areas, and the mountains that separate them..”

That’s a journal entry from one of my first days arriving here in Korea.  Honestly, the time between deciding to come to Korea and getting here wasn’t that far apart.  I didn’t have a whole lot of time to research the country – seems a little ridiculous in retrospect that I’d move to a place I didn’t know much about.  I can’t really recall what my expectations were.

I knew being an Asian country, it was going to be heavily populated.   I assumed the food would be odd and I’d have trouble buying things like shampoo.  On the plus side, I had heard the language was easier to learn than Mandarin – which I’ve dabbled in a bit.

Essentially, I was prepared for my life to do a complete 180 degrees turn.

Since arriving a few months ago, these are a couple things I’ve learned so far about the country and it’s inhabitants.

Korea has a very busy culture.  Maybe it’s just the fact there’s so many people, but the city is always going.  It is not uncommon for Koreans to work Monday through Saturday, regularly.  And sometimes even Sundays.

In fact, in the early 2000’s the government had to enact a policy of a mandatory 40 hour work week, the benchmark previously was between 45-50.

The emphasis on education is much higher here for children.  Children are going to primary school, then an English academy in the afternoons, followed by further niche studies and ending their days with either sports, or music.  These kids are going on 10-12 hour days of academic work.

Korea has a huge drinking culture.  Everywhere you look you can find a small restaurant, pub or bar, advertising liquor.

Not only that, but public drinking isn’t criminal.  You can buy booze in any supermarket, or convenience store.  Then drink it openly in a cab, on the bus, or walking along the street downtown.

It’s not uncommon for to come across a Korean man passed out at a bus stop with a empty bottle of soju beside him.  Or to witness a Korean girl being carried out of a bar by friends..

Any day of the week.

Korea has some of the craziest nightlife I’ve experienced, the bars close around 5am or 6am and often don’t find issue with you smoking inside of the buildings.  They rage here.

Despite that, it is common and accepted for women to walk around in the shortest skirts and, basically booty shorts, I’ve ever seen.

Every block you’ll see two side-by-side barbershop poles spinning into each other, symbolizing that their haircuts come with happy endings – or so I’m told.

It could be because there is zero drug culture out here – it’s nearly impossible to come across even Marijuana in Seoul, the largest and capital city.  But I have never felt safer than I do in Korea.  I am confident I could leave my bag somewhere in the middle of downtown and come back hours later to have it still sitting there.

I’ve never seen or ever heard of fights in the downtown area.  I’m bench-marking my city of Gwangju for this.  I’m sure it’s a little different in Seoul.  But I’ve visited a few times and felt just as comfortable.

The way they drive out here, the way they eat, the way they plan last minute and the fact arrangements can change at any time.  It’s all so chaotic to an outsider.  But for some reason it works.

Transportation is incredibly quick and flowing here.  Despite being last minute and unorganized, Korea has I believe the 11th highest GDP in the world.

Korea is still a relatively new country to modern life, and they are still figuring out things as they go.  But it seems to be working.

Being from the flat, openness of the Canadian Prairies, Korea’s geography is truly spectacular to me.  Green, flowing mountains cover more than 70% of the landscape and in between those mountains lay sprawling cities filled with tall and bright, shining buildings.  So much is stuffed into such a small area that it almost gives you a sense of anxiety.  Yet at the same time is stunning in a comforting way.

You can literally find it all here for outdoors activities.  Hiking mountains, swimming at beaches along the ocean.  There are actually many beautiful beaches all around the country since its a peninsula.

Traditional Korean food is based on mainly whole foods such as vegetables, rice and some meats – where they literally use all parts of the animal.  Yet at the same time they have a huge fixation with sugary treats and fried foods.  Supermarkets are filled with treat sections and most Korean people seem to have fillings in their mouths.  I’ve heard this is related to lack of Fluoride in their water or toothpaste, but regardless they love their candies.

Eating traditional Korean meals can definitely help you lose weight.  Since I’ve arrived, I’m eating much better and getting into great shape.

Maybe it’s due to China being next door and the fact Samsung is based out of Korea.  Korea is one connected and tech savvy country.  Every person over 10 years of age has a smart phone.  And boy do they make use of them.  Everywhere you turn people are plugged into their phones playing games or texting.  Even old ladies.

Wifi can be found pretty much everywhere inside city limits.  It’s so prevalent that I’ve passed on getting a data plan because with the abundance of free wifi, I simply do not need one.

Many aspects of daily life are further advanced technologically than compared to what I found in Canada.  All doors are electronic and key coded, restaurant tables have ringers for servers – no tipping out here, and the best service I’ve ever had.

There are a few aspects of the modern world that many people from the west probably don’t know life without.  The main luxuries missing out here are dishwasher’s, drying machines and bathtubs.  Even speaking to Koreans, no one really has drying machines, they tend to hang dry all their laundry.  Maybe the affluent have them, but it seems the majority of Koreans don’t.  And foreigners here teaching certainly don’t have them.

Bath tubs are non existent as well.  In fact, most showers have a hose connecting them to the bathroom sink.  Some of the newer apartments and buildings have separate showers from the sink, but bathtubs are still missing.  I guess that’s what they have Jimjilbangs for – public bathhouses. 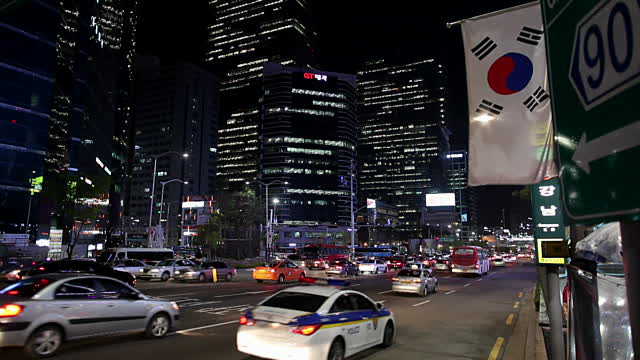 If someone was to ask me how they could prepare for Korea I’m still not quite sure the best answer to give.  Prepare for complete culture shock, prepare for confusion and serious language barrier.  But also prepare for an amazing experience in a beautiful land with great people.  And prepare to have a blast.

**And if you’re interested in having a go at teaching in Korea, please contact me directly!  I’d love to assist anyone and everyone in starting on their own adventure.